A Sweet and Sour Departure 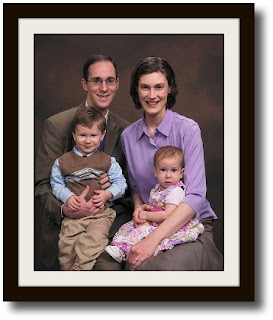 To the friends of Lighthouse that may not yet know  - our Youth and Administration Pastor, Tim Valiante has accepted the position of Senior Pastor at Emmanuel Baptist Church in Millville, Pa.

It is with sadness and joy that I personally say goodbye to PV.  I first met Tim when he came with his Catholic background family to church at Bensalem Baptist where I was the Youth Pastor.  Tim came to youth group with his older brother John and then his younger sister Andrea aka "Youthgirl".  Tim accepted Christ under Pastor Love's preaching and got involved in the youth group and later "Preacher Boys" when he enrolled in the Christian School.  One of my first memories of Tim was taking him along with me to minister to a young man in our church who was in a rehabilitation home.

It wasn't long before Tim was preaching as a high schooler and showing the potential of ministry.  It was also my privilege to coach him in soccer where I enjoyed yelling at him regularly to make the most of his above average soccer skills.  He had a background in travel soccer and was the most valuable player on our team in his time.  Those were good times.  He put many a goal in the back of the net.  Tim went off to Northland and did an internship at BBC one summer.  Again it was my joy to push him.

When Tim graduated, became engaged, and wasn't sure of his next move - the Lord directed our paths together and of course he came to Lighthouse to minister.  I will never forget when he came to interview.  Sarah flew in from Arizona and that was the snowstorm of 2003.  Tim and Sarah (yet unmarried) were stuck at our house for 3 days.  Good Times.

Of course we hired him and that was 7+ years ago.  Tim joined me each day in the office at the warehouse and Sarah became the secretary when Georgia "retired".  Those were the struggling first years of LBC and the ministry of the first pastors.  They were not simple days and there was much work in this pioneer ministry.  PV was an invaluable asset in the renovation of the building and the organization of our ministries.

PV brought a depth to the teen ministry in his teaching and his "even keel" temperment.  I am a pusher, he is a plodder.  I am an alarmist, he is laidback.  It has been good years and I will miss him greatly.

We enjoyed many theologic discussions and thinking through vague Greek meanings and vernacular.  He is ready and will do a great job as the Lord continues to use him as and instrument in the hand of the Master.  It will be the joy and shock of his life to sit "in the big chair".

We look ahead with anticipation at whom the Lord will bring to take up the needs of Youth and perhaps eventually administration at LBC.  Pastor Pritt is a great help to LBC and along with Jeff in the office and eager volunteers - we will keep everything afloat until the Lord fills the need.

The Valiante's last Sunday is July 11th.  We have a large fellowship planned and we will be giving them a gift from the church as well as having a "card basket" and "money tree" to bid them Godspeed.  Please let them know how much you have appreciated their ministry.  I still have cards and letters from past ministries that mean the world to me.

This will be a sweet and sour departure, but we praise the Lord for His perfect will.  Please feel free to leave comments on this blog to the Valiantes.