Today is the End of the World

This is October 21st, the postponed or redefined date of the End of the World by Harold Camping. 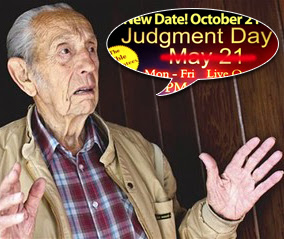 I will not waste your time talking about this heretic - I have written an earlier blog entry on him.  I will however challenge you with the question "Are you ready for the end?"  We do know that it is coming, whether Oct. 21, Dec. 5th, or ten years from now......

To put that in Biblical thinking, are you ready for the Lord to come today.  If you are a recipient of the grace that is in Jesus Christ, that would mean what we call "the rapture".  At first you may jump to the rehearsed answer "of course I am ready!" - however, are you ready to give account of the "things done in your body, whether they be good or bad?" as the Scripture says.

There is no condemnation to those in Christ and this cannot be answering for any/all/part of our sin.  This means the quality of the good works done in our body since we have received Jesus.  Those works, words, sacrifices to God are either good or bad.  Period.

I think about this and I am not so sure that I am ready to stand before that trial of fire.  I know that I have done many things in the name of the Lord, love, etc., but I am left with the strong impression and reality that many of them were done with motives that were prideful, selfish, and even self serving.  It is a struggle to do these works that will be tried with pure motives.  I think we have to have supernatural grace to do any works purely.

I have scripturally stained thoughts also about "the crowns" or rewards that we will receive.  We quickly quote the Revelation 4 passage about these being cast at Jesus feet, and He certainly is worthy of that - but the passage we quote is not the passage of the saint's crowning, but of the "24 elders of heaven".  Sometimes this "casting crowns" is a scapegoat for believers not to realize that what they are doing right now will have eternal impact on their standing in heaven.  It is not like we will cast the crowns and then we all will be equal.  As in Rev. 4 with the elders, there is ranking in heaven.  We see that discussed with James and John's mother in the gospels who wants her sons to sit on the left and right of Jesus when He comes to power.

What I am saying is that your works as a believer do matter and will be rewarded accurate to your service, love, sacrifice, faithfulness.  This reward will be played out in your Millennium and perhaps heavenly ranking.  This is also illustrated by the parables of the talents when the managers are rewarded according to what they have done with the money entrusted them.

So, I return to Judgement Day today.  Are you ready?  Understanding that what you have done on this earth continues into eternity, are you ready to meet the Lord? 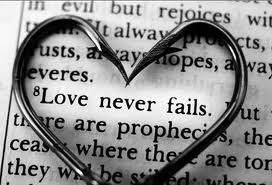 I am sitting here this morning thinking about the passage in I Corinthians that I will be preaching tomorrow morning.  The last phrase we will see before the invitation is "Charity (love) never faileth".  It is like the Lord is saying that the validity of all he has taught us about loving people for the last several verses should be our goal because of the nobility and eternality of love.

So, what does that mean?  "love never fails?"  If you keep reading it becomes clear that many of the things that we think are tremendous spiritual virtues and abilities (prophecy,tongues, knowledge) will be gone at some point in history.  Those supernatural revelations will be no more - but love "lasts".  It will be a high and noble virtue supported by the Lord on through all of eternity.

I think about that in my love to people.  For instance, in my love to my children, some of the things that cause friction between us and I make a big deal of simply will not last.  I allow things like their lack of performance in school, chores, etc.  to interrupt the fellowship of my love to them when the truth is whether they earned a "B" or a "C" in Chemistry is not going to matter in the grander scheme of things that really matter.  Love does matter.  Love lasts.  We certainly must push our kids, but not to the point of causing anger and deep scars from our words and scoldings.

We have but a few fleeting years with friends, family, coworkers, spouses, etc.  We need to concentrate our relationships with others on what matters: Love.  Love lasts and so we must make it the highest priority with others right now.

pw
Posted by Tobe Witmer at 6:04 AM No comments:

The Sin of President Obama 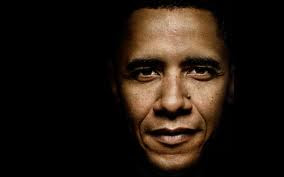 Luke 3:18-20 And many other things in his exhortation preached he unto the people. (19) But Herod the tetrarch, being reproved by him for Herodias his brother Philip's wife, and for all the evils which Herod had done, (20) Added yet this above all, that he shut up John in prison.


As I was reading this today, I was reminded of the responsibility of preachers of God to call out the sin of government leaders.  There is a careful balance between the respect that we owe our leadership (Romans 12) and the responsibility for the mouthpieces of God to declare sin and repentance to those who are over our land.


Listen to our President on Homosexual rights:
"We've got more work ahead of us. But we can also be proud of the progress we've made these past two and a half years. Think about it," he said, mentioning the repeal of DADT, new hospital visitation rights for same-sex couples and hate crimes legislation protecting LGBT individuals.

"I need your help to fight for equality, to pass a repeal of DOMA, to pass an inclusive employment non-discrimination bill, so that being gay is never again a fireable offensive in America," said Obama. "And I don't have to tell you, there are those who don't want to just stand in our way, but want to turn the clock back, who want to return to the days when gay people couldn't serve their country openly. Who reject the progress we've made. Who ... want to enshrine discrimination in state laws and constitutions -- efforts that we've got to work hard to oppose, because that's not what America should be about. We're not about restricting rights and restricting opportunity."

President Obama's Administration has made wicked progress on Civil Unions and Gay Marriage. This is a terrible and sinful responsibility that he bears and will give account for to Almighty God. His position as the most powerful man in the world carries with it the mandate to lead the world to righteousness and obedience to the laws of God. This is not a minor thing that should be ignored by Bible-believing Christians. We must use our rights and opportunities at the voting booth to remove this wicked man from leadership.

President Obama on Abortion: Obama, in a brief statement marking the 1973 Supreme Court opinion, said he also remains committed "to policies, initiatives and programs that help prevent unintended pregnancies, support pregnant women and mothers, encourage healthy relationships, and promote adoption..."on this anniversary, I hope that we will recommit ourselves more broadly to ensuring that our daughters have the same rights, the same freedoms, and the same opportunities as our sons to fulfill their dreams."

Again, our President serves wickedly by supporting the deaths of millions of innocent babies. This is murder and he is the loudest voice to stop this abomination in our country...yet, when given a chance, he supports the "rights" of women to support their own selfishness and murder their unborn babies. The blood of the innocent cries out for justice against you Mr. President.

President Obama on False Religion: "That experience guides my conviction that partnership between America and Islam must be based on what Islam is, not what it isn't. And I consider it part of my responsibility as president of the United States to fight against negative stereotypes of Islam wherever they appear."

Our President is an Idolator. We must not be the "frog in the pot" of the gospel of tolerance. It is not acceptable that President Obama panders to Islam. It is not expected or understood that an American president should be neutral on religion. There is only one true religion and all kings and presidents are under the authority of God to bow to it: The Worship of Jehovah and the Gospel of Jesus Christ. Have we listened to the sweet words of Satan's media so long that we actually believe that there is some sort of "right" in America to subdue Christianity and promote Islam? Is this what our forefathers practiced? Absolutely not. "In God we trust" had only one Person in mind: Jehovah, the Father of the Lord Jesus Christ.

As John the Baptizer, I call out our President's sin and expose his wickedness. The responsibility of born again believers is to above all vote BIBLICALLY AND MORALLY. Government system's and Parties come and go, but the Word of the Lord endureth forever."

The Grounds of Unity

We have been preaching through Philippians and 2:1 is not an easy verse to interpret.


After studying it for a while, I concluded that the "consolation in Christ" mentioned here as well as the "comfort of love" were not speaking of something we could do for other believers, but rather something that Christ did and does to believers.  The consolation and comfort of love comes FROM Christ directly.

I know you may have heard it preached that we give the consolation and comfort of love because or by encouraging people about Christ.....but I don't believe this is what the verse means.  Verse 1 is the "grounds of Unity" - it is speaking of two People and what they do to give a foundation for unity:  Christ, and the Holy Spirit.

Listen to John MacArthur's commentary on the verse:  "Consolation" can also be translated "encouragement,"...which our beloved Lord does for His own.  comfort of love...portrays the Lord coming close and wihispering words of gentle cheer or tender counsel in a believer's ear."

I agree with this understanding and I think that is very clear when we understand that the "ifs" of the verse are assumptions of why we can always have unity in a local church.  Christ and the Holy Spirit's are always present in a true church.  These are non-variables and the "grounds" of unity.

pw
Posted by Tobe Witmer at 7:58 AM No comments: